January 22 marks 49th anniversary of our killing the unborn 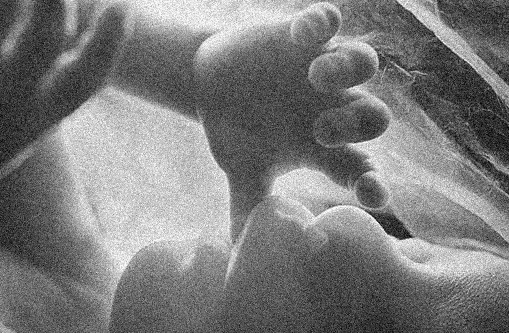 Saturday, January 22, marks the 49th anniversary of the Roe v. Wade Supreme Court decision which opened the way for legalized abortion in the United States; and I would have to count that day to be the saddest in American history because, since that day, almost 63.5 million babies have been murdered in this country through legalized abortion, according to figures from the National Right to Life Committee.

It is, as I’ve said before, America’s holocaust because we have killed — or stood by and done little or nothing while it happened in our own land and communities — 63.5 million of our own children inside or partially inside their mothers’ wombs. If God graded on a numbers-based curve — and He doesn’t (one abortion brings His wrath) — Adolph Hitler and his Nazi regime would come out looking like saints in comparison to us.

And why have we done it? The argument we usually hear is that it is a woman’s right and her freedom of choice. But the truth is that it is selfishness. People want to be free to indulge in sexual promiscuity outside of Biblical marriage but do not wish to be burdened and inconvenienced with the responsibilities of giving birth to and raising a child. They place themselves and their own desires and plans above the needs of another human being and choose to kill their children rather than being responsible and giving of themselves to care for them.

Science itself tells us that the unborn child in its mother’s womb is a human being — a heartbeat at 3 weeks, a highly developed brain by 8 weeks, thumb sucking by 9 weeks — and yet we still legally kill each day in our land thousands of human beings for the convenience of mothers and fathers.

We are alarmed at the death toll from the coronavirus but still murder far more babies each and every day through abortion. Perhaps the illnesses and deaths from the coronavirus are but a first step in God’s judgment upon our people and the people of the world who murder their children or support and encourage it! According to The Christian Post, abortion was the leading cause of death worldwide in 2021, killing 42.6 million people, three times more than those who died of communicable diseases, the second-leading cause of death last year. You can’t say our nation and the world are not ripe for God’s judgment. The four horsemen of Revelation 6 are riding!

The Bible clearly forbids us to murder human beings (Ex. 20:13; Deut. 5:17). And the Bible also clearly teaches that it is God who creates life in the womb and appoints to that life a number of days on this earth: “For thou hast possessed my reins: thou hast covered me in my mother’s womb. I will praise thee; for I am fearfully and wonderfully made: marvellous are thy works; and that my soul knoweth right well. My substance was not hid from thee, when I was made in secret, and curiously wrought in the lowest parts of the earth. Thine eyes did see my substance, yet being unperfect; and in thy book all my members were written, which in continuance were fashioned, when as yet there was none of them” (Psalm 139:13-16; cf. Psalm 31:15).

Since, as I said before, God does not grade on a curve, even one abortion is a terrible tragedy and heinous crime. But the crime goes on in America’s death camps; and the judgment of God, who created and gives life and values each life so much He gave his Son to redeem it, will fall upon our nation and people for all the innocent blood that is shed in our land, whether in abortion clinics or doctors’ offices and hospitals (cf. Deut. 21:1-9; Gen. 9:5-6). And don’t think our nation’s rulers and judges who either support abortion or do nothing to stop it will escape the wrath of God!

Some would argue and say, “What about cases of rape and incest and those pregnancies which endanger the life of a mother?”

The fact is that they are only a very, very small percentage of the pregnancies which end in abortion. But in cases of rape or incest, why should the child be put to death for the sins of another? Why not put to death the guilty rapist and the sexual predator? Yet, we destroy the innocent and let the guilty off with minimal punishment. And even when medical professionals determine the life of a mother could be at stake, is abortion the right answer? I’ve known of mothers who, without medical warning, gave their lives to deliver a healthy child and of many who’ve been told they would die if they gave birth but went on to have several children and with few complications.

My point is simply this: Pray for God’s mercy upon our people and an end to legalized abortion in our land, use your voice and your votes to protect human life whether young or old, encourage and teach Biblical morals to children and youth regarding God’s design for marriage and bearing children, and stand up for the protection of life against those who would urge us to tolerate their wickedness and ongoing slaughter of the innocent.

This is especially important now as our federal government leadership has promised to defend and further enable this merciless slaughter of children in our land. Unless they repent, they will pay the price, along with all who placed them in power.

And, speaking of repentance, there is a solution to this great sin against God. It is to repent – to acknowledge our sins and look to God for mercy in Christ Jesus and the sacrifice He made on the cross for the sins of all. And where there is true repentance, there will also be a change of heart and a sincere desire and effort to save and protect the lives of our children rather than destroy them.

O Lord, open our eyes to see our great wickedness and repent before Your full judgment falls upon our land and people! Amen.

[Scripture is quoted from The King James Version of the Bible.]